Who we are and what we do

Our team is made up of five individuals who are passionate about accelerating the spread of the gospel through local churches. We turn up to work every day because we want to see local churches in Australia become effective in evangelism. We want to teach believers to become effective witnesses in their daily lives and relationships.

The problem we are trying to solve is this: People all around us have little interest in the God who loves them and calls them to him.

The way we are going to solve this problem is by helping churches move from event-driven, leader-owned evangelism to congregations with a culture of living as witnesses in their daily lives.

We believe that as we begin to teach people how to witnesses in the normal relationships of their lives we will see more Australians than ever being invited to church services, entering through the doors of churches and accepting Jesus as their Lord and Saviour.

Get to know our team 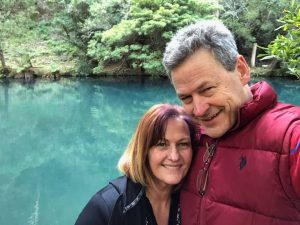 John North is the National Director of Ambassadors for Christ International–Australia and is also the Director of EvangelismSHIFT International. He was born in India to Australian missionaries. He has been working with AFCI in Australia for more than 25 years, building a team focused on accelerating the spread of the gospel through local churches. He developed the LifeWorks evangelism tool which has seen thousands of Australians come to faith in Christ and is used by many churches around the world, wrote the GrowthWorks small group course to help Christians start growing again, is on the radio each morning in Sydney with the Time With God devotional spot, authors the Time With God daily devotional email read by more than 30,000 people each day, trains church leaders in Jesus’ process for building a spiritual movement, and leads the international growth of EvangelismSHIFT and Life2Life, which are activating believers as witnesses for Jesus. But beyond all these things John loves to preach and teach God’s word in a penetrating way that changes people’s lives.

John is married to Lois and they have four teenage children: David, Caroline, Owen and Jade.

In his free time, John rides his mountain bike, play games with his family, reads and goes 4WDing.

Josh is the assistant to the Director of EvangelismSHIFT Intl.  As this AFCI initiative multiplies outside of Australia, Josh’s focus is coordinating international growth through multiplying local ministry leaders and partners whose lives and churches have been impacted by this disciple-making movement.
Josh is passionate about rallying believers around the world to rise up as multiplying disciples of Jesus and finds great joy in applying the lessons he learned from working in corporate America to accelerate the spread of the Gospel through the local Church.
Josh and his wife Gina have two daughters, Evangelina and Lyla. They love camping and cooking, but mostly just eating. They currently live/serve at AFCI HQ in Atlanta GA, USA. 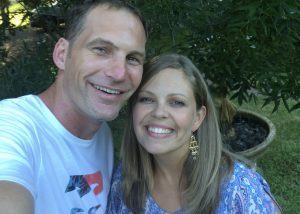 Aaron is married to Shelly and they have three children. Together they love interacting with people from all cultures, sharing life with others and enjoy the great outdoors. Aaron is our Australian National EvangelismSHIFT Coordinator. He was born and raised in Australia and became a Christian as a young adult. After graduating from University, Aaron worked in both government and private sectors whilst serving in ministry since knowing Jesus personally. He has served on the leadership team of his local church since 2006, and in 2014 he began working full time with AFCI. Aaron is responsible for the growth of EvangelismSHIFT nationally and passionately helps churches on their journey to SHIFT their culture. He is committed to equipping and empowering believers to live and share the good news of Jesus Christ to the world around them.

Andrew is our Director of Operations.  He keeps the office running and enables the other members of the team to focus on their gifts.

Andrew is bringing the organisational aspect to AFCI which is well needed.

Andrew and his wife Tracey have 3 young boys and in his free time, Andrew loves playing or watching sport and playing video games. 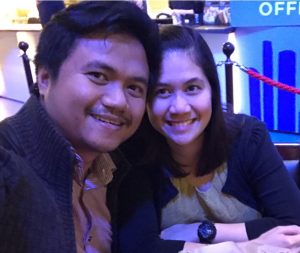 Raquelle is our Office Administrator. She provides the “back end” support for the AFCI Team.

Raquelle and her husband Ephraim have twin boys named Caleb and Joshua.

As a family, they enjoy long driving, camping, cycling, ice skating, bush walking and beach hopping with people they have been walking towards Christ.