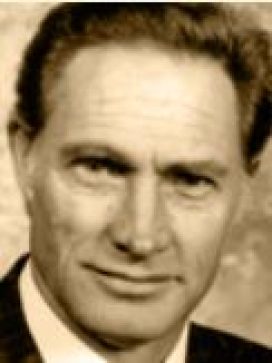 Ian North, born in Hong Kong in 1929 of Australian missionary parents, came into a radical saving knowledge of the Lord Jesus Christ while studying agriculture in college. After marrying Dorothy, he pursued missionary ministry, moving to North India in 1958 to minister in evangelistic campaigns in India and Pakistan. His ministry involved large tent crusades, taking him to the far north eastern tribes of Assam, down to the cape of India and out into surrounding Asian countries.

In 1971 he left this ministry in the hands of gifted Indian ministers and became the International director of Ambassadors for Christ International, dedicated to "revival in the churches and evangelism through the churches". Based in Atlanta, USA, Ian’s ministry widened to include preaching for awakening and Bible teaching in many countries around the world. Ian spoke with spiritual power and authority born out of his deep and passionate prayer life. In every place, people were deeply impacted. Many today would mark the turning point of their spiritual lives down to an encounter with God while Ian North was preaching. Yet it was Ian's tender and prayerful relationship with His Lord and his humble, servant lifestyle that often had the greatest impact on those closest to him Waiting for the Holy Spirit (Acts 2) The Secret Weapon of Suffering (Acts 3-4) The Power of Praying Together (Acts 4) What are the most important lessons in life Ian North learned? “Be resolute in prayer. Make any sacrifice to maintain it. Consider that time is short and that business and company must not be allowed to rob thee of thy God.”-Adoniram Judson What is a witness? How to be a true witness for Jesus Christ? “The person who sets the Lord before his face—there will be a reflected light. “They looked at his face and they saw that his face was like the face of an angel. (Acts 6: 15)”

What is our mission as Christians? How did Christianity spread so fast through the early church? How can we have a world-shaking mission? What is central to the growth and expansion of the church? “It is possible to come to church every Sunday of the year. It is possible to be with others who know […] What is a genuine faith? What does God intend for us? How do we become a witnessing church? “It is not so much what you know, its who you know and how well you know him. That’s the qualification for being a witness for Jesus Christ. Jesus had a lot to say about telling other […]